Tars is a open-source microservice platform. It contains a high-performance RPC framework and a service management platform. Based on Tars, you can develop a reliable microservice system efficiently.

Tars is an open-source version of TAF which has being used in Tencent for years. The name, Tars, comes from the robot in the movie Interstellar. In the movie, Tars has a friendly interactive mode - everyone who first meets him can interact with him easily. The robot Tars can accomplish missions efficiently, even under hard conditions.

The open-source project Tars carries the same mission as robot Tars does. It is designed for high reliability, high performance, and efficient service management. By significantly reducing system operation work, developers can focus on business logic and meet fast changes of user requirements.

Right now, thousands of services in Tencent have been developed with TAF, running on tens of thousands of machines. 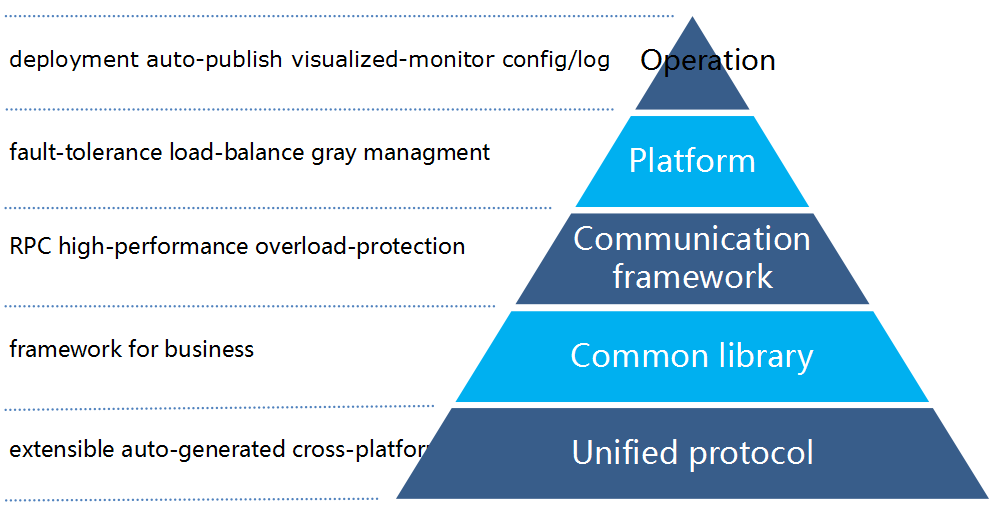 Platform layer in the middle provides common-used libraries and RPC framework. Developers can use them to implement systems with high-performance and high-availability. These libraries and framework are extensively tested and proven to be stable and efficient. Furthermore, they are well integrated with the management platform, making system maintenance and operation cheerful. In a distributed platform, there are tough problems in operation. For example, fault-tolerance, load-balance, capacity management and service-update. With tools include in platform layer, developer can handle these problems easily.

The top layer is operation layer. It provides tools for SRE(Site Reliability Engineering) to deploy, publish, configure and monitor services. It also provides nice features such as elastic scheduling. 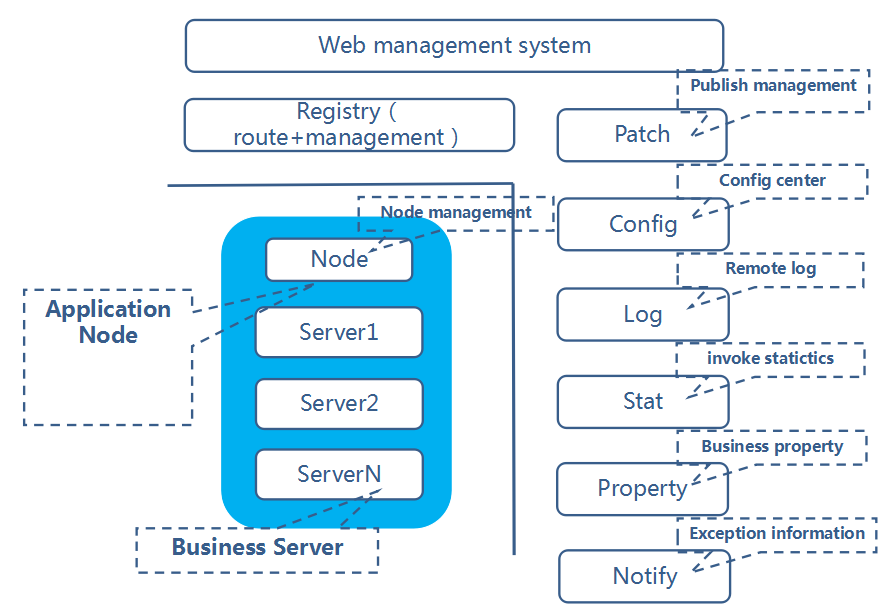 A platform built with Tars can be divided into two major parts: Service nodes and common framework nodes.

Before our introduction, we clarify two the following terminology: Node: An OS instance. It can be physical machine, virtual machine. Server: An instance of a service. A server runs on a node.

Service node is a node in which server run. It can be physical machine, virtual machine. In a platform built with Tars, the number of service nodes can be thousands.

On every service node, there is a tarsnode and N(N >= 0) servers. Tarsnode manages servers. It can stop, start, publish and monitor them. Meanwhile, it accepts heartbeat from servers.

Except service nodes, there are common framework nodes.

The number of common framework nodes is fixed. Platform operators need to deploy them in multiple machines at multiple places for failure tolerance. Different common service needs different number of nodes. For example, if servers print a huge amount for logs, the number of log service should be increased.

Common framework nodes can be classified as several categories:

tarslog: Tarslog provides remote log service. Logs from servers are sent to tarslog. Tarslog stores these logs for further use.

In summary, in order to deploy and operate a server, tarsnode on every service node must keep in touch with common framework services. 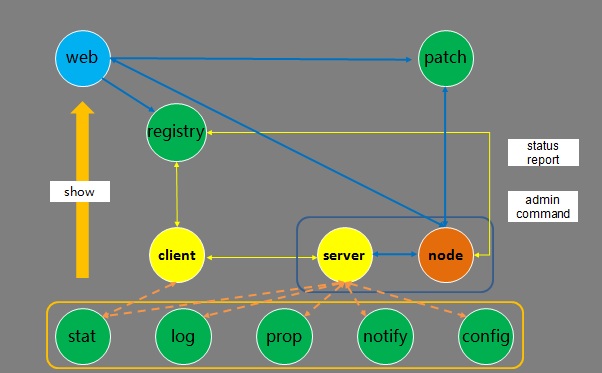 Procedure for publishing services: upload new package to be patched via web system. If success, developer issues request to publish the package to specified servers. Then tarsregistry notifies tarsnode to transfer the package to local host. Finally, tarsnode shutdown the old server and starts a new one.

It contains function as below:

The core server and client architecture: 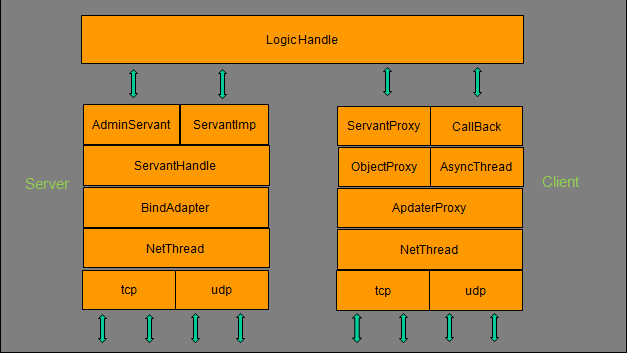 NetThread: It receives and sends packets. It manages connections and works in multiple threads using EPOLL ET mode. Both TCP and UDP connection are supported.

BindAdapter： It binds port for the server. It also manages binding info for servant.

AdminServant： The servant for Administration.

ServantImp：The basic class for business logic which inherited from Servant.

NetThread: It receives and sends packets. It manages connections and works in multiple threads using EPOLL ET mode. Both TCP and UDP connection are supported.

AdapterProxy：The proxy for a specific server. It maintains a connection to a server and manage requests.

ObjectProxy： The proxy for a remote object. It is responsible for routing, load balancing and fault tolerance.

AsyncThread： The thread that process response for asynchronous requests.

Tars protocol is an implementation for IDL language. It is binary, extensible and cross-platform. Thus, servant objects implemented in different languages can communicate with each other through RPC calls. 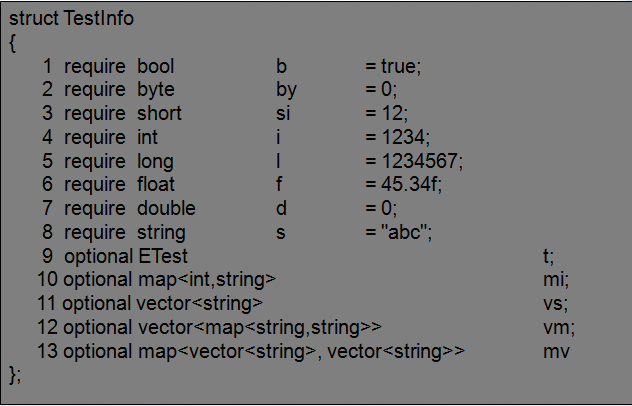 The framework uses name service for service register and discovery. Client gets server address list via name service, then it uses a specified load balance policy to call servers.

In order to exclude failed server more timely, client shields servers based on request results from the servers. More specifically, when a client call a server and the requests are continuously timeout for several times, the client removes the server from the active server list. The client tries to reconnect to the shielded server after a while. If the server is reconnected, client moves it to the active server list and sends requests to it.

To avoid overloading the system because of burst requests or machine fault, tars handles this scenario in the framework. In order to improve system throughput, server uses request queue to process request asynchronously. Server monitors the length of the queue. If the length exceeds a threshold, the server refuses new requests. If a request stays in the queue for a long time, the server drops the request, too. 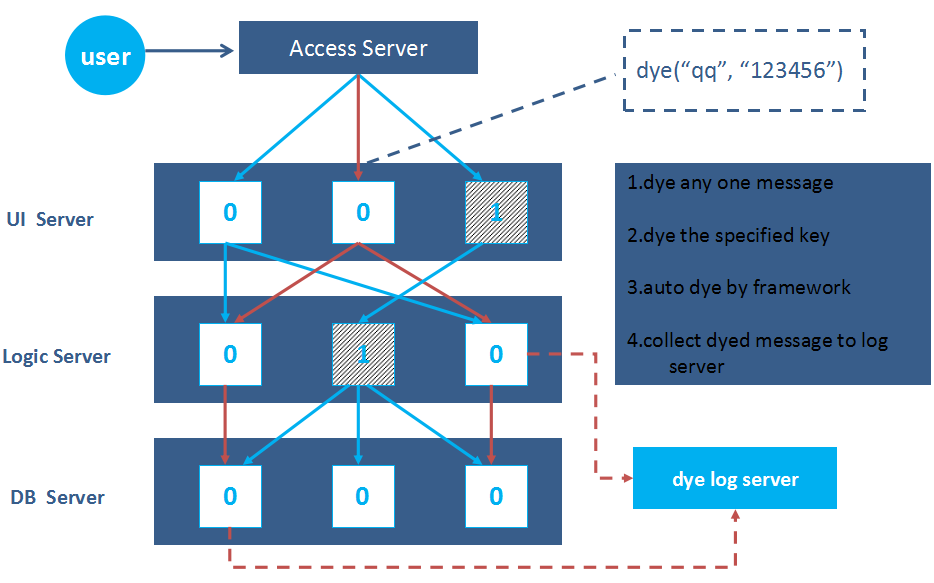 In order to reduce response time of calls among servers and minimize influence of network failure, tars groups server according to their locations. When a client queries servers of a service, tars return servers in nearest locations.

To facilitate service management, tars groups servers into sets. Clients in a set can only send request to servers in the same set. Thus, servers in different sets can be isolated and operators can manage user requests in a finer way.

The framework supports following data report function in order to monitor the quality of service process and business running status: 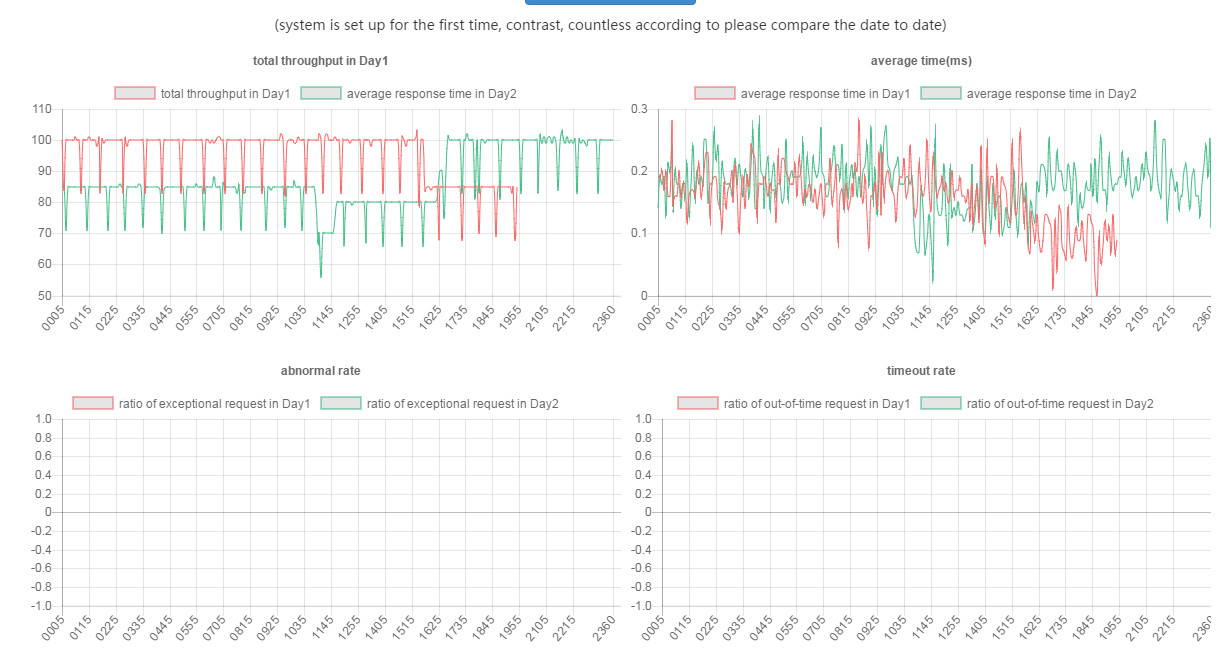 3.It reports server status change and exception. Developers can check the time a server is published, restarted, crashed.